To say the last few years have been unstable, uncertain, difficult, and perturbing would be an understatement. The worldwide impact and far reach of industry issues experienced remind us that we truly are a global economy, and an event on the other side of the world can severely affect the Australian supply chain. We are not out of the woods yet.

Problems that occurred last year with freight rates, space constraints, rollovers, port closures and other delays are beginning to pale in comparison to what is now occurring in the Australian domestic logistics landscape. I must add at this point, this is my current experience and point of view.

Now that ocean freight rates have started to fall further since the end of the Chinese New Year period, we have seen some additional shipping capacity enter the market, as well as a few new players. This is welcome news and has helped enormously in what was looking like another difficult year in shipping. However, as it seems to be in our current environment, there is always something that will throw a spanner in the works.

At this point, it’s the lockdowns occurring in China due to their zero-Covid policy, which saw Shanghai locked down for almost the whole month of April. As you would expect, this caused worker shortages, truck shortages, factory closures, reduced manufacturing capacity and so on. Now the ripple effect remains to be fully realised however, in my opinion, many companies are waiting on stock from that region. Once the gates open, we may see a small peak period of increased rates and reduced space while the market sorts itself out and, providing there are no more issues with lockdowns, stability will begin to be seen.

However, there is now some concern about what this may mean for the Australian domestic supply chain in June/July 2022, which is already under unprecedented pressure since late January. It seems that just when there is a small sign of improvement, something else comes along and it only gets worse.

To give some background on the current state of the Australian supply chain, November 2021 through to January 2022 was unseasonably busy, especially in late December 2021. Around this time there was also a known incoming price increase of stainless steel which resulted in a lot of companies purchasing high amounts of stock. Meanwhile, other companies in different steel spaces have referred to the period as an ‘avalanche of steel’ also driven by low scrap prices. December 2021 and January 2022 saw cargo still arriving thick and fast however, most receivers were closed for the holiday break which started causing some backlogs, albeit not overly detrimental at the time.

In late January 2022, cargo started moving well and we finally saw a light at the end of the tunnel until the Omicron wave hit causing the situation to spiral downwards very quickly. Five months later, certain areas in logistics have still not recovered. Between staff becoming sick and people having to stay at home due to close contact isolation policies, the logistics industry (as did others) took a very heavy hit between labour to unpack, drivers to deliver and administration staff to manage it all. Carriers reached out to labour-hire companies which were going through the same issues.

Some small gaps were filled but that lead to under-experienced staff doing the work, leading to other issues and becoming a cycle. At the same time, the transport industry was hit hard, and end-receivers were as well. There were staff shortages at receivers where deliveries dropped from five to six loads a day down to one to two loads, which compounded the problems and added to the backlog.

It became so congested that some transport and logistics companies put a stop on new work for a period. I am aware of some companies in Melbourne that declined to take on any new work for a time and that is still occurring months later as the issues ebb and flow. We also saw some of Australia’s largest logistics providers shut certain sites for short periods due to safety issues brought on by being over capacity and there was simply no more room to hold containers. Added to these issues are other problems such as significantly increasing costs of labour including administrative personnel and drivers, fuel, and equipment. All of these areas are in extraordinarily high demand. At the same time, there is high staff turnover occurring in the transport and logistics sector. Personally, I have not experienced this level of difficulty or depth of issues occurring in the domestic supply chain since the release of the Australian Border Force Integrated Cargo System (ICS) back in October 2005. To say it’s difficult and time-consuming is an understatement and staff in all facets are in the middle of the sandwich between transport, traders, customers, receivers, distributors, end-users and finally the consumer.

This is a broad overview of the issues, and each state and port has its own additional problems. For example, the Trans-Australia railway line flooding which occurred in February and affected the east-west supply chain seems to have hit Fremantle harder than it has on the east coast. Then there were our more recent flood events on the east coast. All of this has a knock-on effect Australia wide in some way and once again these are broad examples but hopefully, you can see what I mean by ‘unprecedented’.

As a result of this chaos, container detention is a huge problem. Most, if not all, transport company policies, including SILA Global, have stated that they cannot be held responsible for detention charges due to circumstances beyond their control. There are reports from the Freight and Trade Alliance (FTA) that “it is conservatively estimated that container detention charges alone are costing importers $500m per annum” and further reports “in terms of the current diabolical state of Australia’s Maritime Logistics System”.

We suggest that importers write to their nominated shipping lines and request assistance with additional free time or reductions in already issued detention invoices during this period of unprecedented difficulty. We are here to help and if you need any assistance composing a submission, please reach out. I would also point out that the Freight & Trade Alliance (FTA) are making submissions to the Productivity Commission on detention practices, and you can find further information on their website. We recommend requesting 21-days of free detention time. While this seems to be granted less and less these days, starting at this point may encourage shipping lines to provide their maximum allowable free time. These free time recommendations are to assist in mitigating any detention costs that may be incurred due to extended delays and the state of the industry.

In conclusion, the global supply chain issues are here to stay – for now. We’re all in this together and everyone is, in one way or another, affected by the current industry climate. A message I keep sending out is to treat each other with kindness during this time as it’s been hard on everyone. 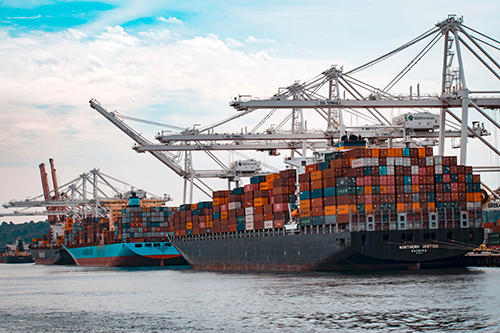 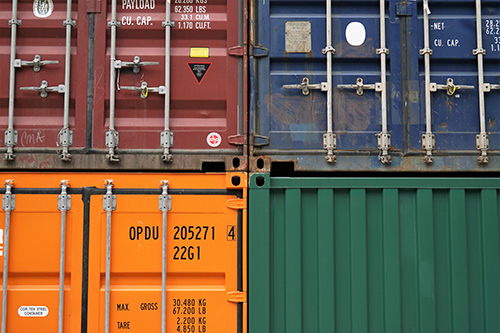 This article is featured in Australian Stainless Magazine issue 75, 2022.