Brisbane residents can now walk on water with the completion of the Brisbane City Council's RiverWalk floating walkway.

Stainless steel is at the heart of the 850 metre-long, 5.4 metre-wide pontoon system that effectively connects the city and the inner suburb of New Farm.

The pontoon structure, positioned 35 metres from the riverbank, has been designed to allow people to experience the feeling of being on the river - of literally walking on water.

Brisbane Lord Mayor Tim Quinn said "Brisbane is now truly Australia's River City as we're making greater use of our river system than any other state in the country. 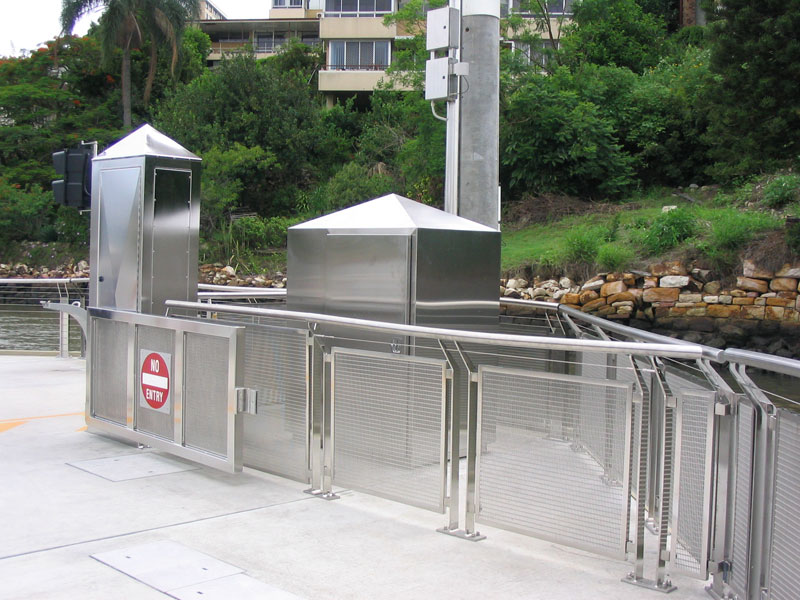 "Completion of this vital section of RiverWalk will also have the added benefit of enhancing the city's public transport network by offering immediate access to interchanges including City Cat, ferry services, bus and rail."

Made up of a state-of-the-art pontoon system that wraps around the shoreline, it boasts world first technology that was designed and engineered in Queensland.

ASSDA supported the project by responding to more than 40 enquiries for technical assistance for the Brisbane City Council project.

ASSDA member, Pryde Fabrication, supplied 35 tonnes of handrails and posts to the $13.5 million project and was instrumental in fabricating many of the environmental design elements featured on the walkway.

Pryde produced 60 individually curved handrails to create a visual effect of the ebb and flow of the Brisbane River, whilst support posts and the straining posts that holds all the load incorporates a distinct 'mangrove' design.

Grade 316 stainless steel was used throughout the fabrication of handrails, balustrades and staunches with a smooth surface finish enhanced by electropolishing. 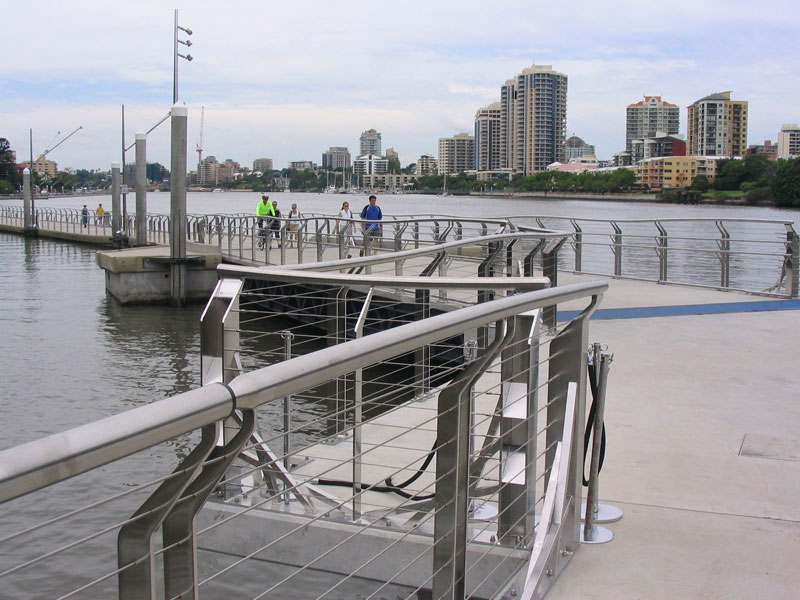 The key to RiverWalk's extended lifecycle was the use of stainless steel reinforcement by ASSDA member, Arminox Australia in the design of the 287 floating pontoons.

Most concrete reinforcing uses carbon steel, however, in marine structures where the material is exposed to chlorides in the salt water, it can corrode and cause the concrete to crack and deteriorate over time.

Arminox supplied 140 tonnes of reinforcing bar material, cut and bent to the customer's schedule in 10, 12 and 16 mm diameters.

Using specialised machinery, Arminox was able to save Brisbane City Council thousands of dollars by cutting out and tying a number of lap joints with a 40mm diameter overlap.

This initiative resulted in a lighter pontoon that contributed to increased buoyancy and lower costs for the Council.

Stainless reinforcing builds corrosion resistance into the concrete and durability has been proven over many decades. 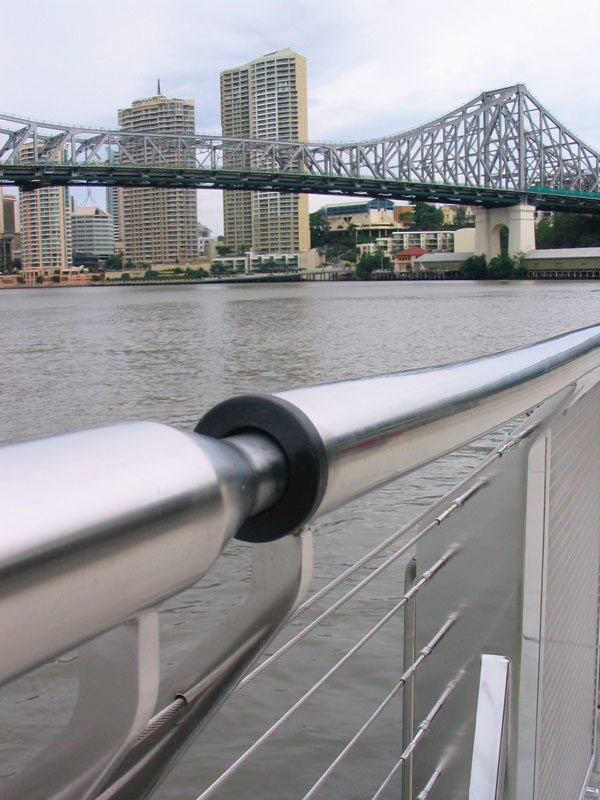 ASSDA Executive Director, Richard Matheson inspected the 850 metre floating pontoon system after its official launch in December 2003 and congratulated the Brisbane City Council on a durable feature that would only have been made possible with stainless steel.

"The RiverWalk is a world class achievement designed to last 100 years and to achieve this aim 181 tonnes of stainless steel was specified for its durability in not only handrails, posts and cabling but also for reinforcing in the pontoons," Richard Matheson said.

"Stainless steel is at the heart of the RiverWalk project because of the material's non-corrosive properties and excellent presentation despite harsh environments," said Mr Matheson.

The RiverWalk will now provide direct riverfront access for around 20,000 walkers, cyclists, joggers and rollerbladers everyday.