Formerly known as the Hale Street Link, the Go-Between Bridge connects Merivale and Montague Streets in West End to Coronation Drive and the Inner City Bypass in Milton. 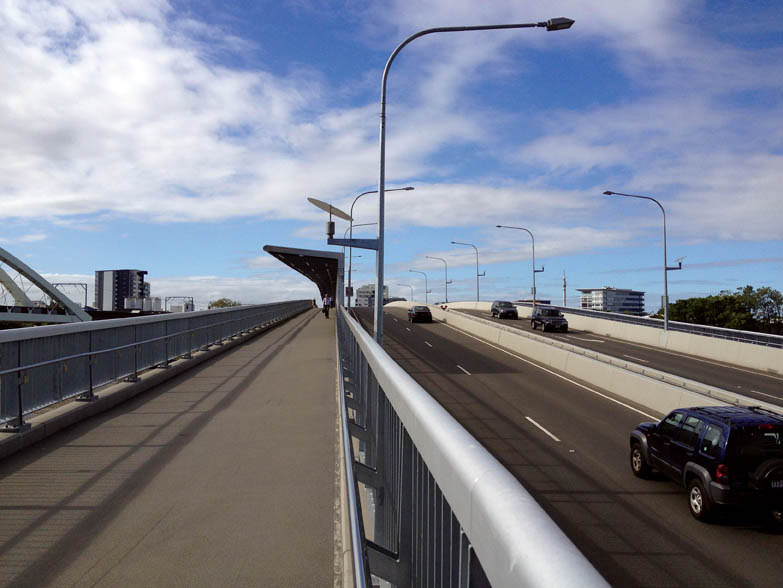 The cantilever, box girder bridge stretches 274 metres over the Brisbane River and was built using stainless steel reinforcement with concrete foundations. Featuring a dedicated pedestrian and cyclist pathway, the Go-Between Bridge is 27 metres wide, with the main span measuring 117 metres.

“Particularly being located in a marine environment, Reval® stainless in reinforced concrete is ideal to resist chlorides and pitting corrosion; it has an expected service life of 100 years in concrete,” Moffat said.

Moffat said Valbruna had 30% of stainless rebar already in stock, with the rest of the material having been shipped from their warehouse in Dubai and direct from their mill in Vicenza, Italy.

“Between the three locations, we were able to supply the stainless steel early and well within the specified timeframe,” Moffat said.
All Reval® stainless steel was produced and tested on site at the Acciaierie Valbruna S.p.A mill in Italy and manufactured to ISO 9001:2008 norms as certified by Lloyd’s Register Quality Assurance.

The Reval® stainless rebar was delivered to Neumann Steel in Currumbin for scheduling, cutting and bending.

A cut-to-length shear line machine was used, as well as a level off-coil machine to cut and bend the material into the finished product. All machines were cleaned before use to remove dust and carbon steel residue to avoid contamination of the stainless steel. 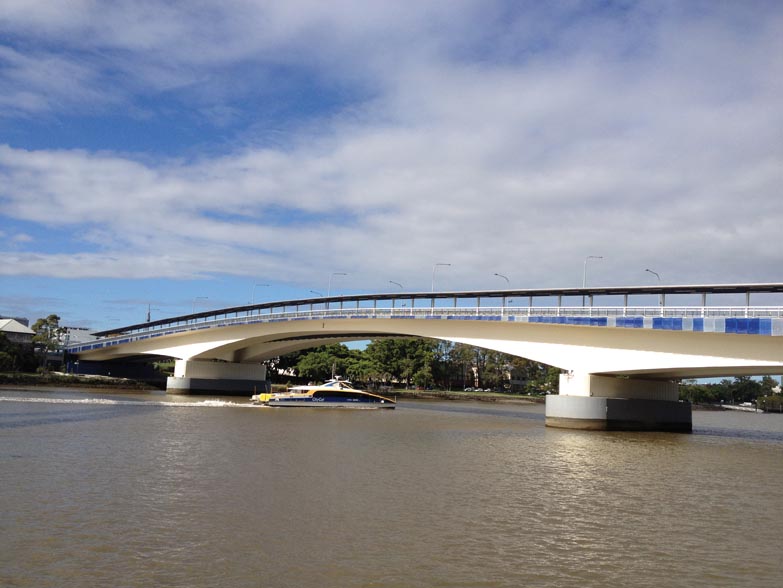 Neumann Steel’s Reinforcing Scheduler, Greg Prider, said the project was extremely complex and difficult to schedule.
“As the precast concrete units were manufactured at another site, we had tight tolerances to work with. It was critical to be precise in cutting and bending the stainless rebar to avoid unnecessary additional costs,” Prider said.

Following six weeks of scheduling, the stainless rebar was sent to the Brisbane Barge Berth, where precasting of the concrete units were assembled before transporting the modules direct to site by barge for installation.

Named after iconic Brisbane rock band The Go-Betweens, the Go-Between Bridge was completed and officially opened to traffic in July 2010.

This article is featured in Australian Stainless magazine, issue 51.