Stainless steel responds admirably to the strength and durability imperatives of public art at the Ipswich Workshops Rail Museum, opened to the public earlier this month. 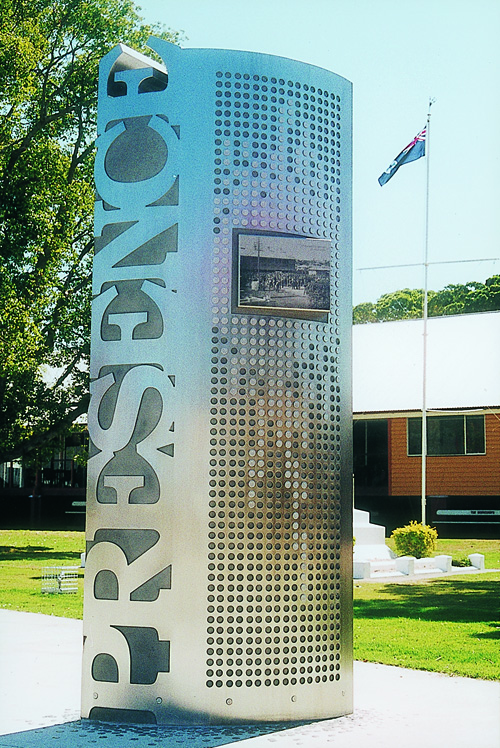 The Workshops began operations in the 1860s and initially assembled components imported from England, but by the early 1900s railway stock was being manufactured from the ground up. During the peak employment period of the 1950s there were over 3 000 workers. To reflect the Workshops’ importance in shaping the identity of the town of Ipswich, west of Brisbane, the design brief called for a monument concentrating on the social history of the Workshops and the contribution of the vast number of workers, interpreted in a contemporary framework.

Each worker had a disc resembling a dog tag known as a check, which he collected from the foreman on arrival at work. He used the check throughout the day, for example to borrow tools, and returned it when clocking off. Railway authorities calculated the workers’ pays by seeing which checks had been collected each day.

Nunn obtained a first-hand account of life at the Workshops from his father, an apprentice there in the late 1940s. He chose the text to communicate the strong spirit of place he felt when touring the Workshops and selected a photo of payday, 16 July 1924, which was reproduced at eye-level using laser marking to retain tonal variations.

Nunn, who has been practicing artist since graduating from the Queensland College of Arts in 1990, has previously designed public artworks
using aluminium. He chose stainless steel for this project because it fulfilled the brief’s requirements for durability, longevity and vandal-resistance. 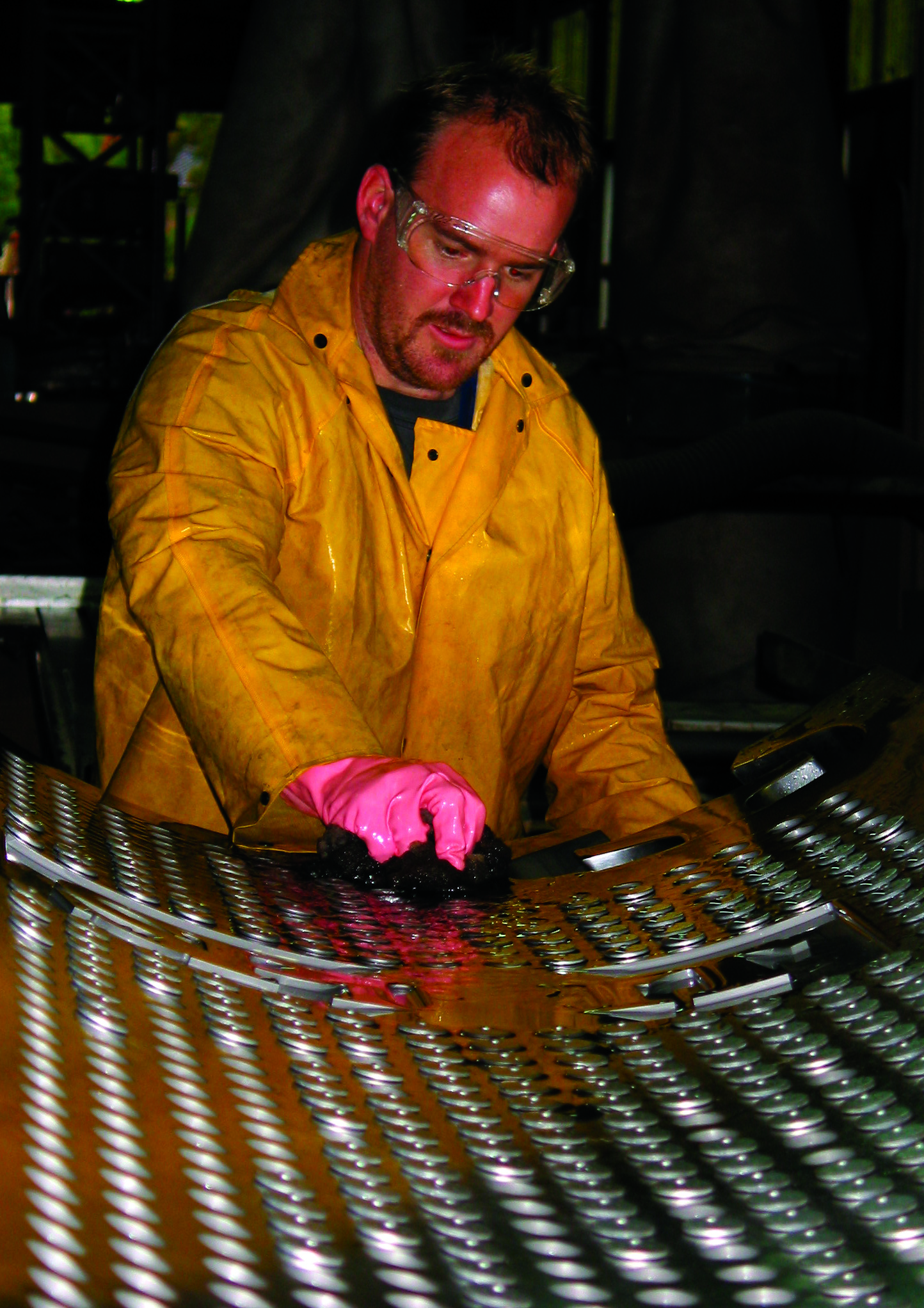 Fabrication of the sculpture was carried out over 300 hours by two staff members of ASSDA member Stoddart Metal Fabricators. The 3m high structure weighs about 1 tonne. Grade 316 plate in 10mm thickness was used; the hundreds of round recesses were milled out and the column bead-blasted and finished with a no.4 vertical polish. Approximately 600 checks are attached to the sculpture and another 600 appear to have been dislodged and are glued to the concrete base around MARKER.